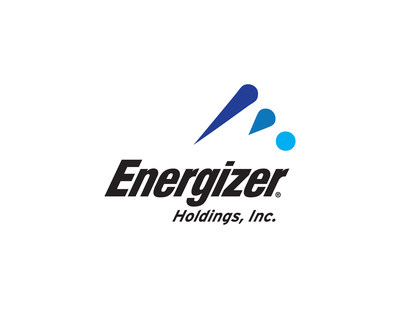 "We are pleased to recognize Mark's, Hannah's and John's leadership and vital contributions to our organization as we position Energizer for future success," said Alan Hoskins, CEO of Energizer Holdings. "Mark has been a key player in defining and executing Energizer's strategic initiatives, including overseeing our separation from Edgewell Personal Care in 2015 and implementing our integrated operating model to win in the categories in which we compete. Mark is a proven leader with deep knowledge of our Company and industry and will serve Energizer well in his expanded role. Hannah is a recognized leader in our organization with extensive external strategic governance and legal experience, and John is a valued leader in our finance and controllership organization supporting Tim Gorman, Energizer's Chief Financial Officer. I look forward to working with each of them in their new roles to support the Board of Directors and the rest of the management team to execute our strategy and capture the many opportunities we see ahead for Energizer."

"I am honored to work even more closely with Alan to position Energizer for near- and long-term success," said Mr. LaVigne. "Under Alan's leadership, Energizer is transforming into a global diversified household products leader in the categories we serve, and I am grateful for the opportunity to contribute to our future success as President and Chief Operating Officer of the Company. I am confident in our team, strategy and innovation behind our categories and brands, and remain committed to meeting the needs of our customers, and consumers to build a stronger company and deliver lasting shareholder value."

Mr. Hoskins concluded, "Leadership development and succession planning are among my and the Board's top priorities and today's announcement will help ensure that Energizer continues to have the talent to develop and execute our long-term strategy for future growth. I would also like to thank Kelly for her six years of service to Energizer. Her strategic counsel has served the Company well and we appreciate her remaining with the Company into next year to help facilitate a smooth transition."

About Mark LaVigne:
Mr. LaVigne has served as Energizer's Executive Vice President and Chief Operating Officer since July 2015, helping to define the Company's strategic goals and priorities and enabling operational excellence across the Company's functional teams. Previously, Mr. LaVigne served as Vice President, Assistant General Counsel and Corporate Secretary from March 2010 to April 2012 and then as Vice President, General Counsel and Corporate Secretary until he was promoted to Chief Operating Officer. He began his career at Bryan Cave Leighton Paisner LLP in 1998, where he was a partner from 2007 to 2010, specializing in business and transactional counseling and mergers and acquisitions. He holds a law degree from Saint Louis University and a bachelor's degree from the University of Notre Dame.

About Hannah Kim:
Hannah Kim has served as Energizer's Assistant General Counsel and Corporate Secretary since June 2018. Prior to joining Energizer, Ms. Kim was Senior Vice President and Assistant General Counsel for Bank of America from May 2016 to June 2018. Previously, Ms. Kim served as Vice President, Associate General Counsel, Deputy Chief Compliance Officer and Assistant Corporate Secretary for the Lowe's Companies, Inc. from October 2008 to May 2016. She began her career as an attorney at Alston & Bird LLP and Parker Poe Adams and Bernstein LLP. Ms. Kim holds a law degree and a bachelor's degree in Business Administration and Marketing from the University of Tennessee at Knoxville.

About John Drabik:
Mr. Drabik became Energizer's Vice President, Corporate Controller and Treasurer in October 2017. In that role, Mr. Drabik was responsible for the Company's global accounting and financial support functions, including global controllership, external reporting, tax, operations accounting and treasury. Mr. Drabik joined Energizer in December 2001 and has held several roles of increasing responsibility, including Vice President, Corporate Development from October 2013 to October 2017. In that role, he was responsible for sourcing, evaluating and recommending acquisition opportunities and providing analytical support to the Company's senior management regarding capital allocation decisions, capital structure optimization and operating model efficiencies. Mr. Drabik holds an MBA from Washington University in St. Louis and a bachelor's degree in accounting from the University of Missouri at Columbia.